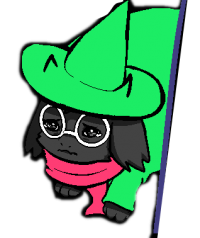 An all in one collection which completely changes all major aspects of Skyrim, with new adventures, gear, and mechanics, as well as the PROTEUS mod, allowing for several player characters to exist within the same save. Very newbie-friendly, with over 90% of the work being automated, with a few simple manual steps required.

An all in one collection which completely changes all major aspects of Skyrim, with new adventures, gear, and mechanics, as well as the PROTEUS mod, allowing for several player characters to exist within the same save. Very newbie-friendly, with over 90% of the work being automated, with a few simple manual steps required.

A total overhaul, plug and play collection that completely changes the way you play Skyrim.

Modding Skyrim can be hard at times. You have to keep track of so many moving parts, like conflicts, missing patches, having your game crash because you equipped a specific hat in a specific building. But thanks to the new collections feature, looks like I can do something about that!

This collection is big. Over 400 mods, that change pretty much everything: Graphics, Combat, Exteriors, Interiors, and much more! But it still keeps the soul of the original game, and it's not too difficult for someone coming from vanilla to jump in. Over 90% of the work done installing this collection is done automatically, with just a few simple steps that have to be done on your end.

If you come across any bugs, please be sure to report them in the comments section, otherwise I have no clue what to fix!

If you're having a more serious game breaking issue such as a crash to desktop, contact me on Discord (Profanitizer#2507) so I can more directly help solve the issue.

Do these steps before installing the collection!

PS. You can right click and open images in new tab if you need to zoom in. 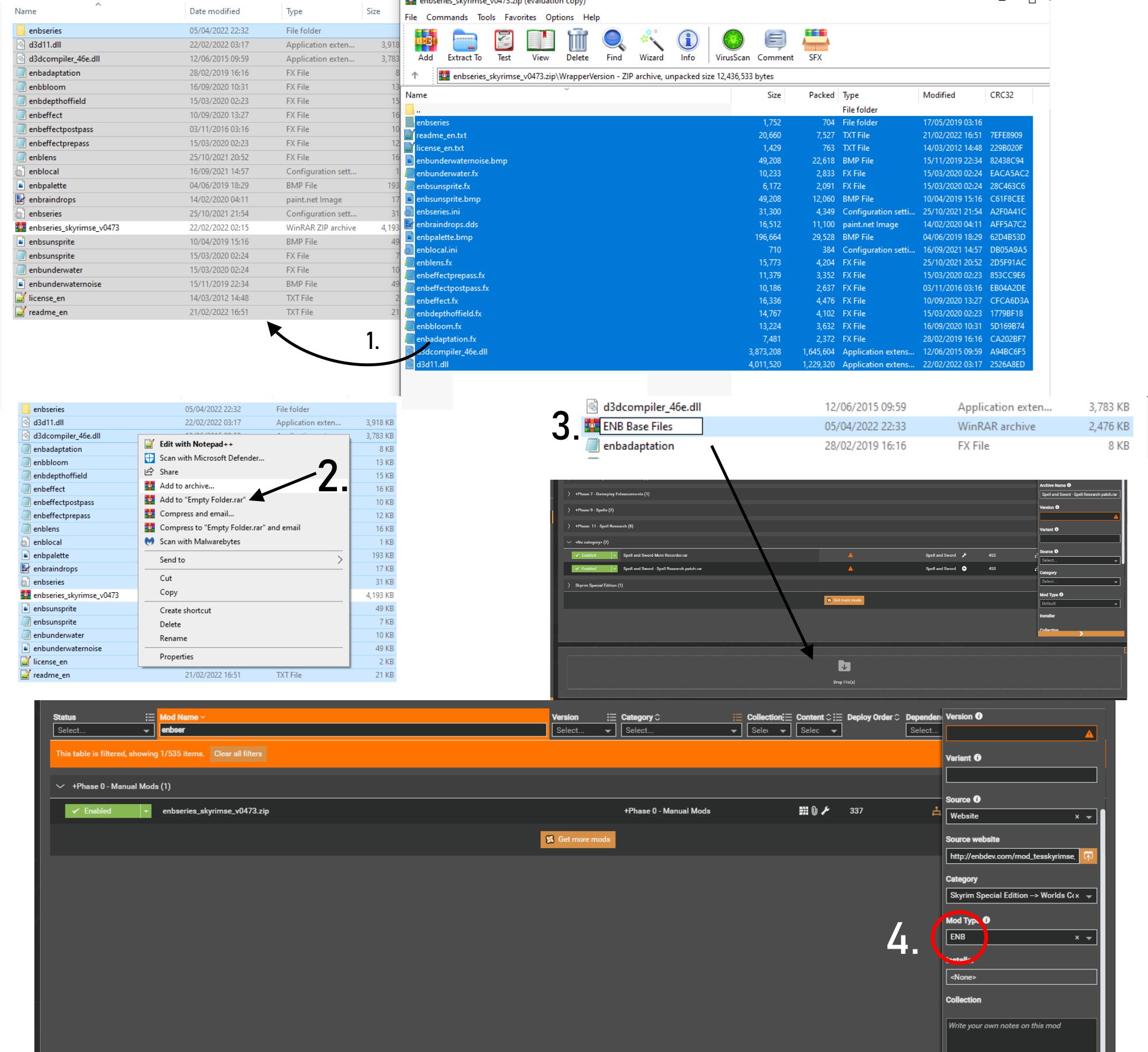 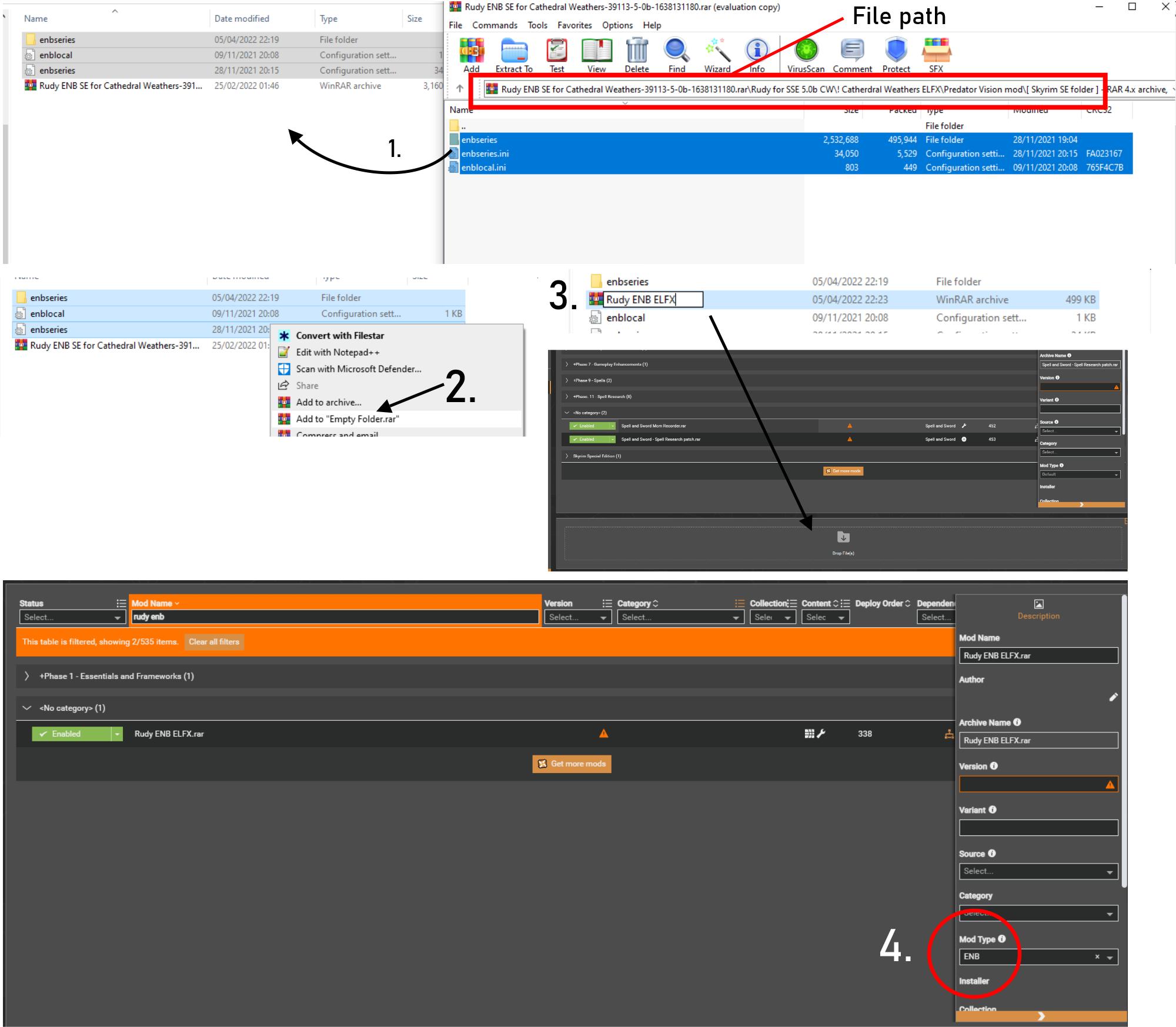 At this point you can install the collection by pressing "Add to Vortex" on this page!

After installing the collection:

After checking these mods, hit Update Engine, when it's done, Hit Launch Nemesis Behaviour Engine. If an error pops up about T posing or whatever, try hitting Update engine again then run the Engine again, in most cases that fixes the issue.

After checking these mods, hit Update Engine, when it's done, Hit Launch Nemesis Behaviour Engine. If an error pops up about T posing or whatever, try hitting Update engine again then run the Engine again, in most cases that fixes the issue.

❗TUDM works by replacing your vanilla sneak key with dodge key, then providing a new keybind for sneaking. Your dodge key will be under Controls/Sneak, whilst your sneak key will be in the TUDM MCM.

"I hate the letterbox bars!"

"Why do I have so many spells in my inventory?!"

Some mods have config menus as spells, and some mods have powers that are accessed through the spell menu, but are redundant with the mod EasyWheel. You can remove these spells with the PROTEUS mod, by using "Proteus - Wheel" -> Spell -> Forget spells, then removing whatever spells you like. You can also remove all of the Proteus spells excluding the wheel, as that one spell grants access to all others.

I'll let the mod speak for itself. It's pretty amazing. It has a bunch of tools that are essentially cheats, but the reason this mod is included is the player module, which allows you to create several characters on the same save, and even recruit them! 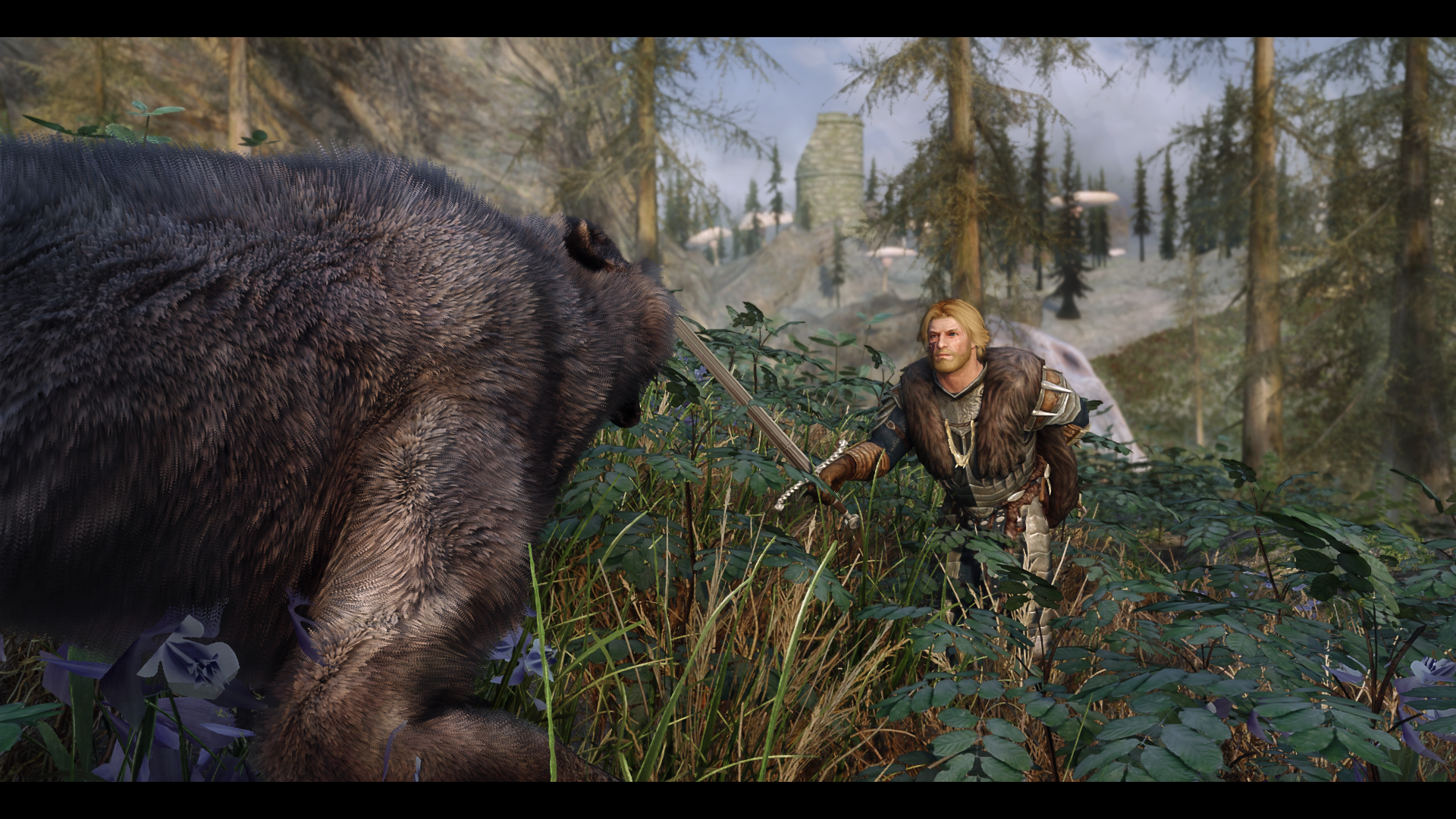 With over 100 new graphics mods, Skyrim has never looked so beautiful. Featuring a wide range of mods enhancing lighting, textures, meshes, and much more. A couple of my personal favourites: 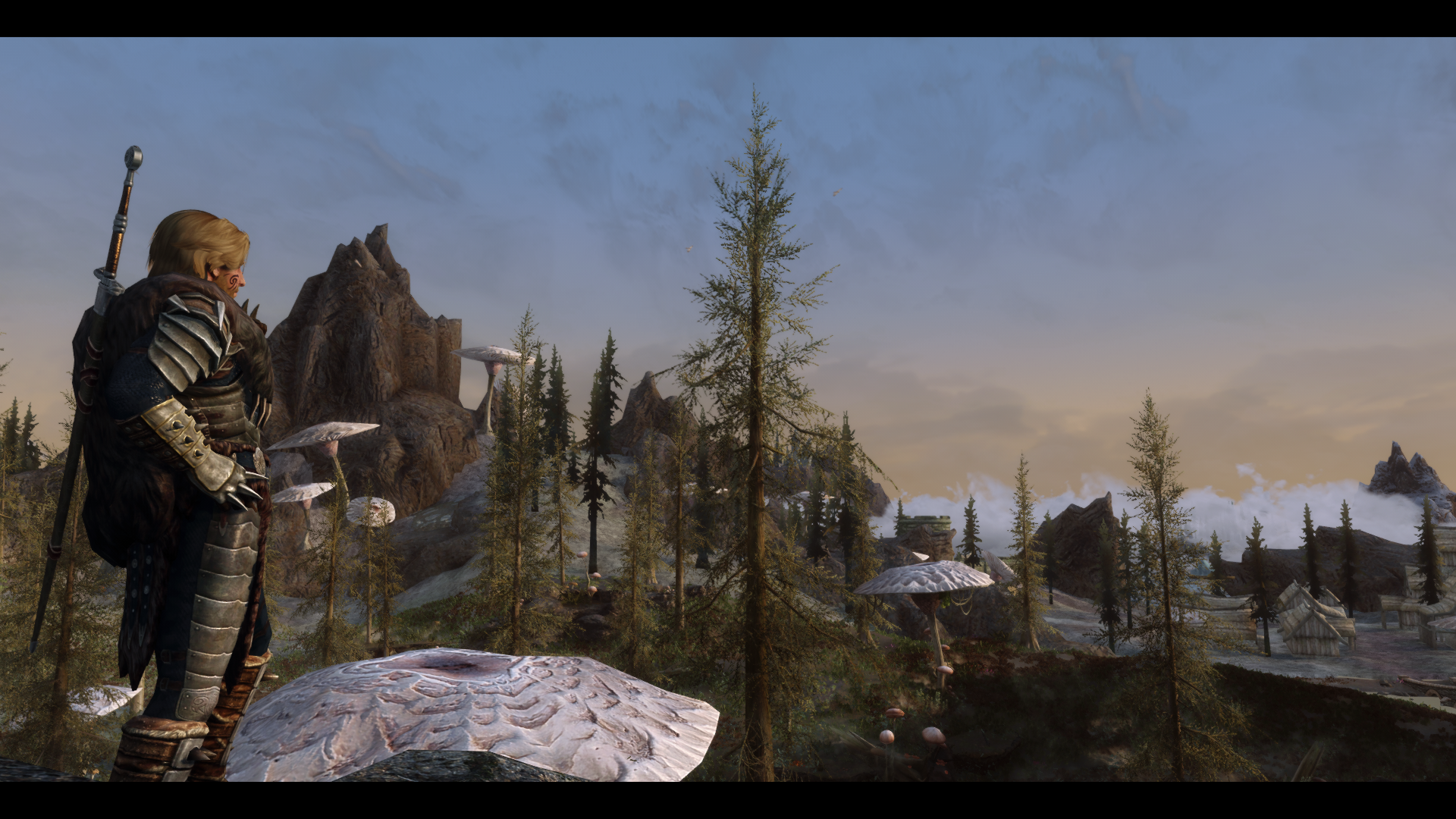 With a new collection comes new adventures for the dragonborn to undertake, whether it be odd jobs for the local Jarl, or an entirely new experience in a far away land. Featuring: 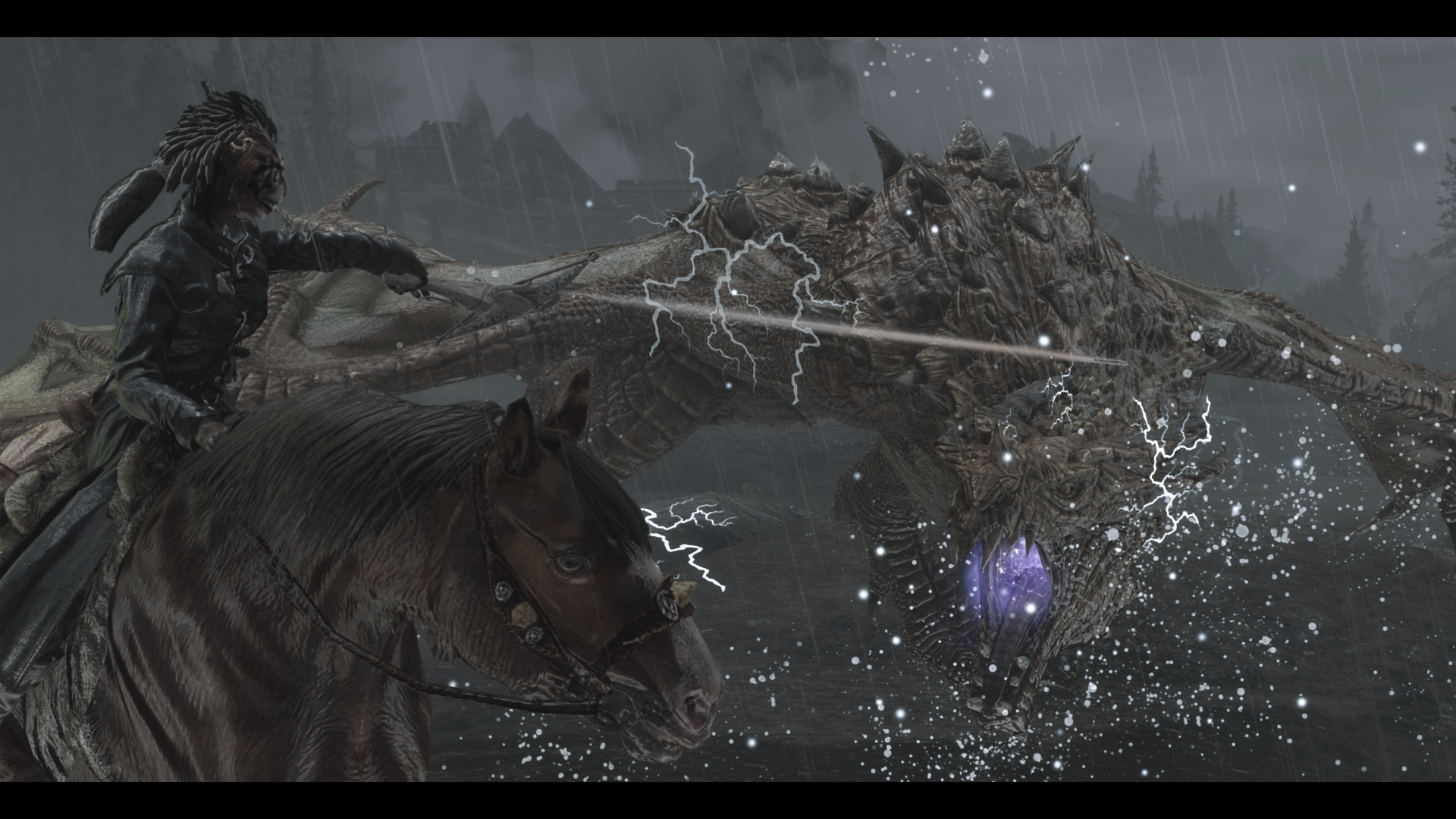 Whether it be small quality of life changes, or massive overhauls to the lackluster combat systems within Skyrim, this pack is chock full of changes which provide a whole new experience, whilst still keeping the original soul of the game. A couple of my favourites: 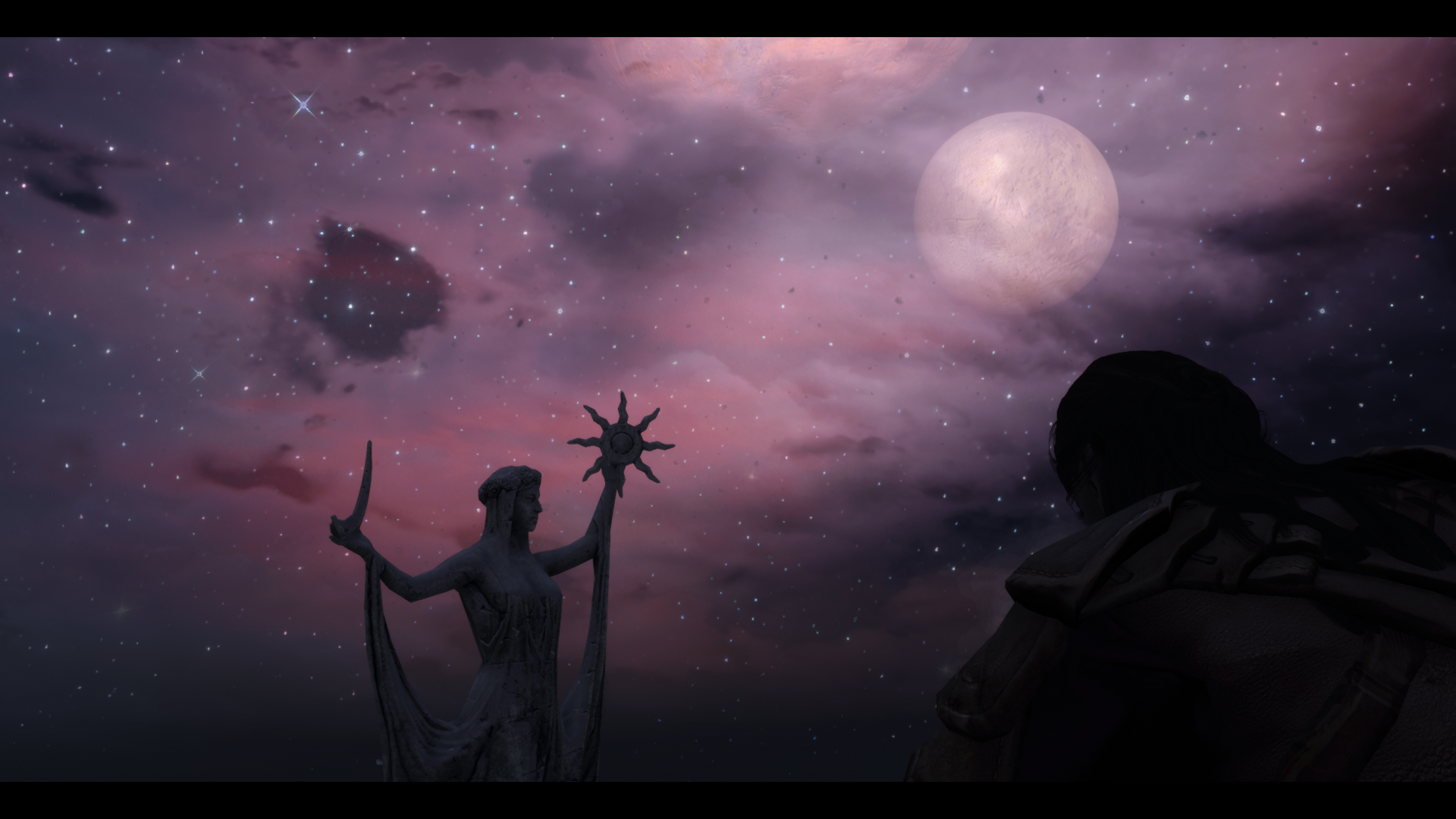 To get the best experience with Skyrim, the player needs a lot of options which involve them in the world, and this pack adds several new mechanics for that: 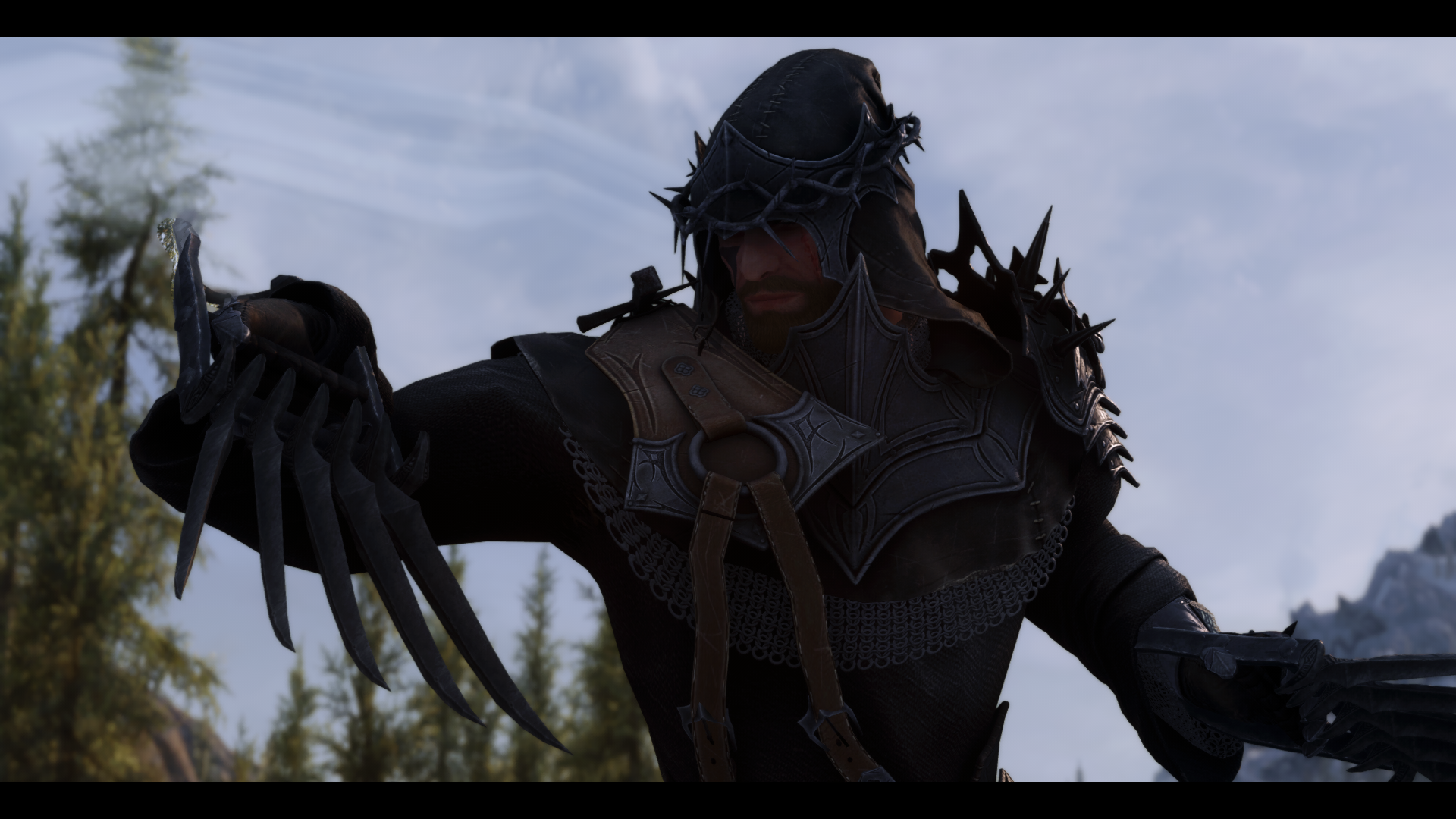 With Spell and Sword comes new ways to fight, with several mods adding new weapons and armour distributed around Skyrim. from ancient weapons, to armour fit for a crusader, there are many new things to gear up with and take into the fight. 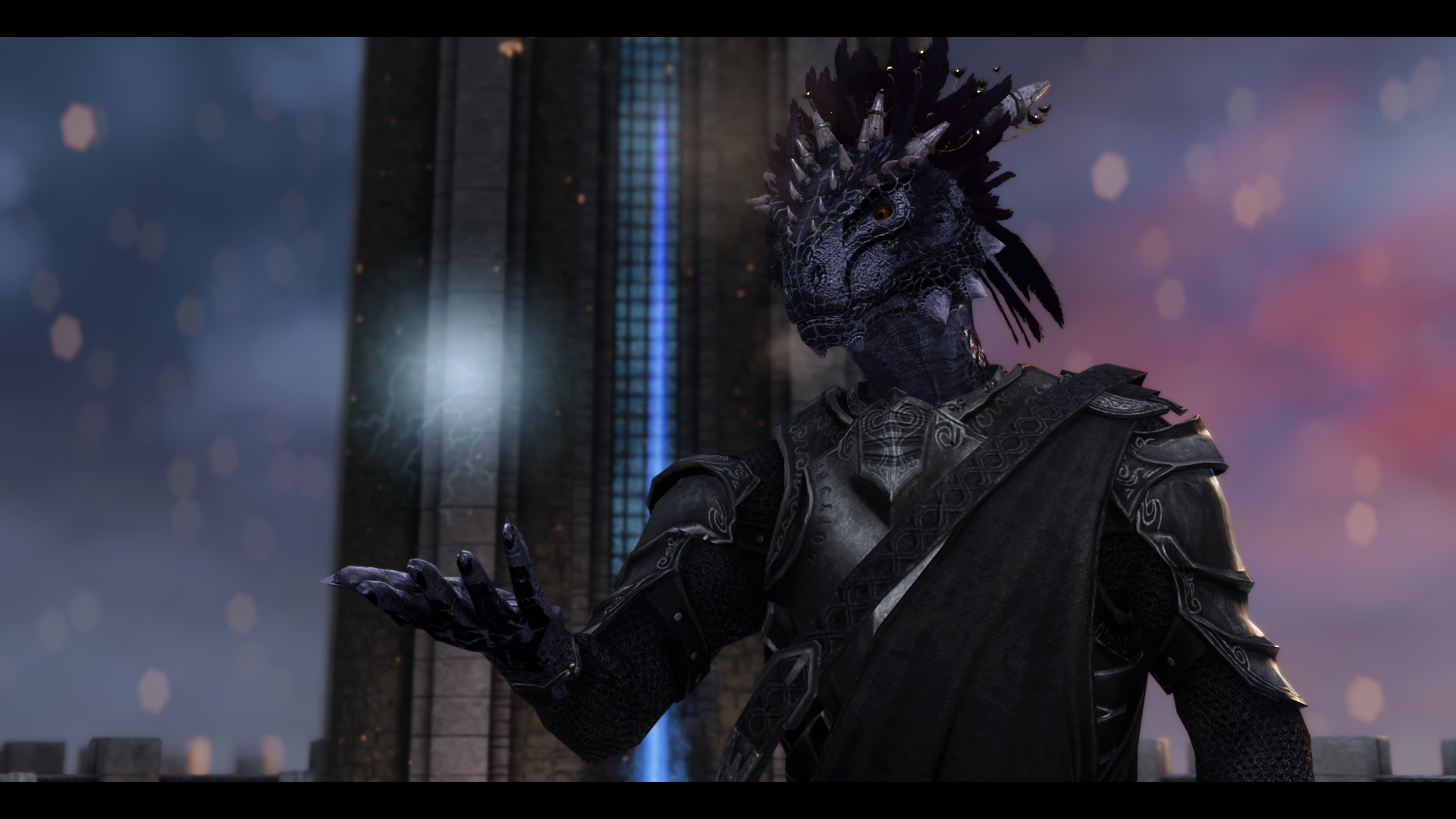 Included in the pack is a new system that completely overhauls how magic is studied in Skyrim, Spell Research. All of the spells in the game have been broken down into their key components, or archetypes. With a journal, and some writing tools, an aspiring mage can study these archetypes and create new spells from them. Instead of buying the firebolt spell from Faralda, why not create it yourself, as an Apprentice, Fire and Forget, Aimed, Fire Destruction spell? Of course, you'd need experience in these archetypes, which can be gained in several ways. You can study the spells you have, analysing the fundamental parts that make them up, understanding them more. You can break down alchemical ingredients into their basic essences, and study them to learn what archetypes are associated with them. Or, you can delve deep into the ruins of Skyrim, and seek ancient text written by the mages of old, and uncover what secrets they hold inside...

To add on to this, several spell packs are included, all compatible with Spell Research.

Tweaking your Skyrim settings is a pain when doing it the regular way. Thankfully, BethINI is a wonderful tool that allows you to easily make changes to your ini settings, and allows you to make tweaks that allow the game to perform better. Highly recommend you get this additionally.

Okay, not going to lie, you're probably going to find a bug or two within the pack. I mean, it's a Bethesda game, it was already buggy before i shoved 400 mods into it! I've done my best at clearing up the most glaring issues, but I'll need your help to clear out as many issues as possible for future revisions. Here's how you can help out!

One of the mods that will be a great help in identifying a conflict is More Informative Console. Selecting an object in the console now shows a great deal more information about what mods are editing said object, and this information can help me make a patch to fix it.

My game has frozen indefinitely!/I have an infinite loading screen!

I'm not going to lie, I'm not so sure about these. Sometimes I feel my game perma-freezes for literally no reason. Could be an issue with too low memory or not playing on an SSD, but I'm not sure. Regardless, let me know what you were doing before the freeze so I can try to replicate it.

I found an NPC with a dark face!

This is a common issue with conflicts between facegen data for NPC's. It's an easy fix for me, but hard to know about it existing without seeing them in game. Just select them in the console and post the screenshot showing stuff like their BaseID here, I can get all the info I need to patch it out.

Considering this is a more serious issue, and the fact that bug tracking hasn't been added to collections yet, I'd rather sort these issues out directly than through a comment chain on the forum post. Feel free to contact me through Discord (Profanitizer#2507) and I can help fix such issues.

Thanks for reading all of that! I sincerely hope you enjoy this collection, and don't run into many issues whilst playing! A huge thank you to all of the wonderful modders who provided the mods featured in this collection; this wouldn't be possible without them!