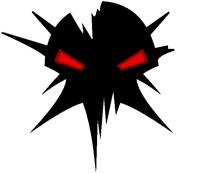 Over 200 years after the bombs fell, nature has retaken the Commonwealth and relics of modern weaponry have resurfaced. Whether you are on a bright trek through the pines or shining your flashlight through foggy alleys, you will find many new toys to tackle the Post-Post-Apocalypse.

Over 200 years after the bombs fell, nature has retaken the Commonwealth and relics of modern weaponry have resurfaced. Whether you are on a bright trek through the pines or shining your flashlight through foggy alleys, you will find many new toys to tackle the Post-Post-Apocalypse.

This is my personal assortment of mods. The primary goal is to revamp the experience in an immersive way - you will not really encounter anything that destroys the lore through regular play. While the mod contains stuff like Misriah Armory, such items can only be accessed as a result of direct player input (placing craft benches and creating the items), so it's there for those who want it. And of course you can pick and choose which mods to use anyway.

This is under the Total Overhaul category instead of Themed as this collection touches on many aspects of the game, though the Sci-Fi and Nature themes are probably going to be the most obvious.

CBBE has been configured to use the NeverNude option meaning this mod is "family friendly" per se (females still have underwear on), this is because one or more armor mods require that mod.

All DLC... sorry. You can probably get away with just having Nuka World, Automatron and Far Harbor installed but I installed any relevant patches with every DLC in mind. If you really want you can try to reinstall every mod and select any "no DLC" options you see.

This collection includes several mods which aim to amplify the sci-fi aspects of the game. This will be quickly noticed from the combination of Dark Sci-Fi Vault Retexture and Reverb and Ambiance Overhaul when you explore Vault 111, and similar locations. Some Automatron improvements are also included, as well as the acclaimed Misriah Armory weapon mod and Mark V(B) armor mod.

I tried to get the nature somewhat similar to Fallout 76 (or at least something that regrows the wasteland a bit) but the creme de la creme mod is no longer available on Nexus, or publicly available anywhere for that matter. The mod in question is Fallout 4 Seasons (my particular taste is the Spring module).

In the meantime you can enjoy True Grass and Boston Natural Surroundings. There is also a weather mod called Seventy-Six Weathers, however it may be overridden by Vivid Weather (which I would recommend anyway). You can disable one or the other to see how/if that changes anything.

This collection includes some beautiful mods to smooth out the gameplay experience for keyboard+mouse users, especially lefties (or anyone who doesn't use WASD). The most notable inclusions here are Raw Input and Key Remapping Done Proper. The former fixes random sensitivity changes (ADS, sprint, etc) and the latter fixes workshop mode and other keys when you rebind anything, particularly useful for those who use Workshop mode a lot (say goodbye to Autohotkey or plugging in a controller to build).

This collection only contains real shooty bangers, and I mean some good boomstick whizzie shockers. Enjoy a suite of fully modifiable weapons and some reanimations for some of the vanilla weapons (10mm pistol, combat rifle, etc). I tried to stick to weapons that would be added via NPC drops and vendors but a couple may only be obtainable via crafting stations. If you wanna get MORE weapons, find a weapon you like from the mod list at the top of this page, then check the author's Nexus account to see what other weapon mods they have published.

I tried not to touch graphics-related mods as I figured there would be lots of collections that handle that. The main graphic-related mods I have touch the vault-related textures, flora and weather. I don't think there are any that actually modify existing textures, but instead add or replace assets like trees and grass.