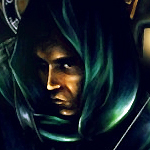 My goal with the Maximum Collections in general and with Maximum Immersion in particular is to keep Skyrim as true to the original as possible, while at the same time carefully enhancing and expanding how the world looks, feels and plays to make it even more immersive for the player.

The mods collected in Maximum Immersion give NPCs and the player a lot of new animations and expressions for everyday actions and enhance NPC daily live routines and behavior. They also let your character (and NPCs if you wish) display all the gear they are carrying with them on their body (like potions, coins, extra weapons, stuff from survival mods if you use those) and adds more variety to vanilla clothing (and makes some of them more realistic, like less skimpy furs for bandits in the mountains) and things like cloaks for harsh weathers and weather effects. Other things include choosing where and how you start the game, more realistic looking children, an immersive horse expansion, restored cut original content, more, new and better dialogs with guards and bandits, road signs and boards with repeatable mini-quests in each town, but there are many more small immersive mods included...

First and foremost I wanted to provide modular collections because I assume many people don't want gameplay changes or only in certain areas and others don't want adult stuff. I might eventually upload an all-in-one Maximum Collection though. In any case, for even more immersion Maximum Spellcraft & Wizardry is best combined with any or all of its sister collections:

If you have feedback on this or one of my other collections, suggestions for other mods fitting the repective themes I might have overlooked or if you encounter difficulties when installing or using the mods ingame please let me know in the comments. And if you like my collection and the mods included don't forget to rate and endorse both. ;)