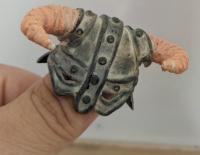 Support for all my collections via Discord

Pruzaan Lah (Better Magic) is a complete and absolute total overhaul of Skyrim's magic system; adding hundreds and hundreds of new spells from various different themed mods, it also reworks all vanilla spells and adds spells that were missing; it also reworks magic casting and magic idle animations. There is also a QOL mod to hotkey your favorite spells. Spell learning and spell crafting are covered as well. On top of that, in the optional, some visual mods are also recommended: retexture mods for scrolls, spells, runes, and magic effects, total compatibility with Ordinator - Perks of Skyrim and Summermyst - Enchantments of Skyrim. This page is only for Special Edition (1.5.97) since it requires its SKSE version. Magic is 10x times better and 100x times more fun."

Largest overhaul for magic available, complete reworks spell learning and discovery, spell casting, and spells overall. As summarized in the table below:

In summary, there are hundreds of mods that add hundreds of new spells, spells now make more sense and are more balanced, and also harder to use, and harder to learn, but in the end, it should be compensating. You just need to configure the mods in the MCM, and that's all, magic will have a chance to fail, concentrating magic now matters. Honestly, it is so many things I could be writing here for a long time.

If you are not going to use the optional mods you need to create a bashed patch.

I strongly recommend using this collection with College of Winterhold Overhaul to overhaul Skyrim's Magic completely with all the quests and stuff.

Please, use it on a new save, if possible.

What are the mods in the optional:

Independently in the end either FNIS or Nemesis must be run (please don't use FNIS).

My collections | Build Your Modlist:

❗ Every collection of mine is tested on a brand new Steam installation (downgraded to 1.5.97 or 1.6.353) before upload, so, they all absolutely work and I make sure of it. All of my collections are semi-compatible with each other (except the SE and AE counterparts, of course), you can use as many as you want to build your modlist and then manually tweak them, make your bashed patch, or whatever. If you have any questions or uncertainties, feel free to contact me on discord or here on Nexus.

❗ (~Version Independent) means you'll need one of my four SKSE-dependent essentials collections (for downgraded to 1.5.97 or 1.6.353).