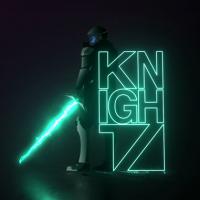 The best experience possible for The Witcher 1. Maximum quality including: fixes, better UI, HD & lore-friendly textures. This is what I used during my LOREPLAY.

Enjoy The Witcher: Enhanced Edition - Director's Cut in the best way possible. The true vanilla experience, without any gameplay balance and cheats, but visually improved and lore-friendly.

Rise of the White Wolf 🐺

⚠️ Open the Nvidia Profile Inspector, select The Witcher, then import the profile (.nib) and apply.

These following mods are not in the collection. They are suggestions if you want to add useful features that aren't in the base game. I haven't tested them.

As I said, I prefer the vanilla experience. So these are not in the collection, but you can install them anyway, they exist and may make The Witcher 1 less painful I admit.

Many thanks to the amazing modders who gave their time and love to improve The Witcher 1 over the years.

I used their mods for my LOREPLAY on The Witcher. The latest videos are in 4K if you want to check how it looks, although I have made the collection afterwards and Geralt doesn't have the striga scar, some walls use Kaer Morhen's textures etc... LOREPLAY is a let's play but with maximum quality, difficulty, and lore explained while playing. And memes. 👀