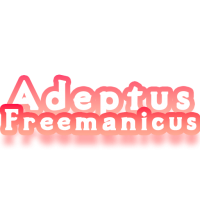 All the mods you need for The Witcher Enhanced Edition!

Mods in almost every category, if you have any suggestions just tag me on the nexus next discord or add me at Adeptus Freemanicus#2366 or comment (when it's added).

AI Upscale Textures by hub997 - Retextures most of the game.

The Witcher Overhaul Project by lexo1000 - Many changes for the witcher.

Rain fog remover by hub997 - Removes the annoying yellowish fog from the game.

Greater Item Stacking by DeJuanNOnley - Makes the game slightly easier without being a cheat.

Plentiful Herbs for TW1 by Corylea - Makes the game a little easier.

Rise of the White Wolf Enhanced Edition by rustine - Many needed game tweaks.

Dagger Overhaul by DarthDeadMan - Same as the last but for dagger users.

Fairer Trade by arvydasz - Gib me my moneys.